This post is in response to Trifecta's Trifextra Weekend Challenge. They prompted us to do the following:
Last month we asked you to give us a killer opening line in exactly 33 words. This week we're asking for an equally amazing closing line.
I had a hard time with the opening sentence, until I turned to one of my favorite stories that I have written called The Fire. I thought I would continue on with this theme and write the ending to it. 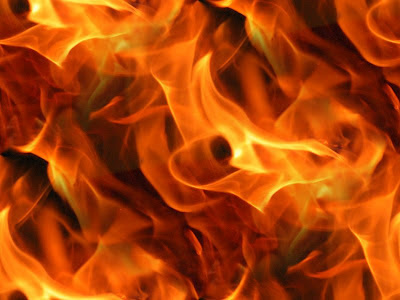 Extinguishing The Fire
She'd grown beyond her years. He had dissipated from their lives as if he were never there. Yet he had been. And he would forever be a residual mark left on her heart.

Email ThisBlogThis!Share to TwitterShare to FacebookShare to Pinterest
Labels: Extinguishing The Fire, The Fire, The Start of the Fire