ARE YOU READY FOR SOME FOOTBALL?

Tuck and Chris were watching football and I hear Tuck say,


"Hey Daddy, check out those cheerleaders behind the coach."

I swear Chris fist pumped as he walked back in the kitchen.

Ahhhh! Football season. We love it even though we are a divided house right down the middle. On the boys' side we have Bills fans. They are die hard fans. My husband owns a shirt that says "For Life" with the Bills' logo on it. I don't know, sounds more like a jail sentence to me. On the girls' side we have Patriots fans. Mags has her favorite players on the team and that is who she cheers for with all her might. I just love the intensity of the game and it helps pass the time while folding laundry. 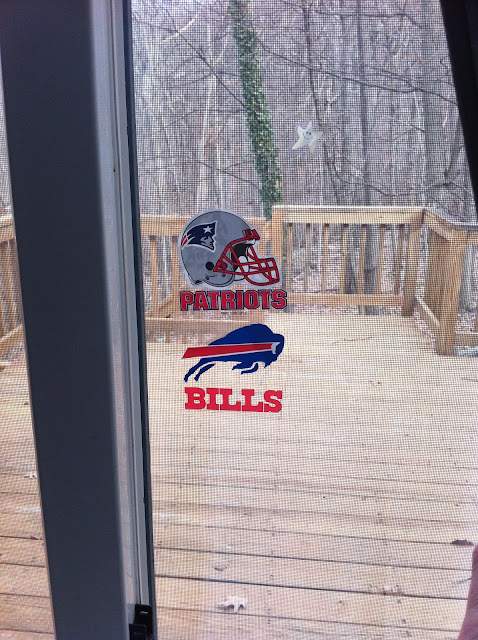 So, as you can imagine, our house is a bit tense two Sundays a year when our teams play each other. This year it just so happens that the second game is today. On the start of the new year. I have to be honest, I am a little nervous. Why you ask? Well, the first game of the season they played each other, the Bills had an incredible game and miraculously WON against the Patriots. It was a wicked nail bitah, too. Crazy game. I couldn't believe my eyes and had to eat all the trash talkin' I had spewed all week.  Believe me, that doesn't taste good going back down.

So, here we are! Bills vs. Pats. As Chris said last night,
"One of use will start 2012 as a loser (the other will be married to a loser)."
I couldn't imagine a better loser to be married to!
(Hope I don't eat that later.) 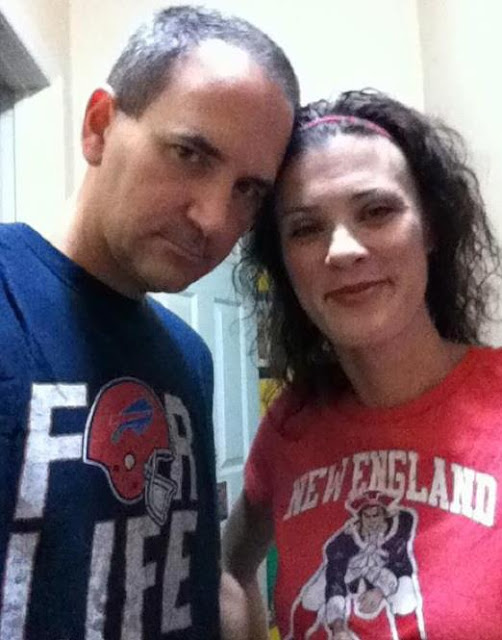