FROG AND TOAD ARE NOT MY FRIENDS

Me: *SCREAM*
Tuck, Mags and Chris: *Fits of laughter and high five slapping*
"Awww, yeah! We got her...again!"


I am such an easy target in this house. I scare easily. I swear my husband depends on it for his own personal entertainment. He jumps out at me, hides behind doors, sneaks up on me...you know, the usual scare tactics. I scream every.single.time.


Innocently enough, he thought it would be funny to place a pretend rubber frog in my purse one day. These toy frogs are plentiful in the house because they come in a drink for the kids at a restaurant we frequent. They are really lifelike. Turns out it made me scream. Not just any scream. A primal, guttural scream from way down in my toes. Am I over exaggerating? Nope. My husband busted a gut laughing AT me for a good minute. He had tears streaming down his face and was gasping for air. In my defense, this would have freaked anyone out...am I right? *crickets* Nice. Thanks for the support. 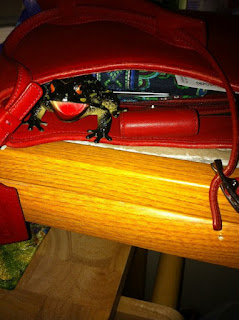 He had me. He realized he could pull this off time and time again. No matter how many plastic amphibians I collected, another one would appear. Chris would lull me into a false sense of hope that all the frogs were gone or he had grown bored of hearing me scream like a cave women. Nope. Just when I felt safe, BOOM! Another one would appear... 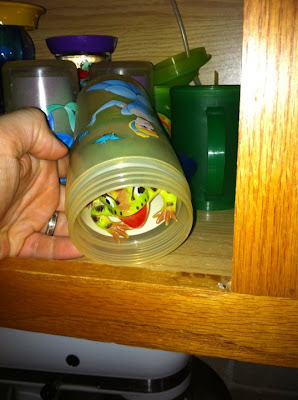 This frog appearance was well planned. He placed it in one of Mags' cups that she uses when she demands asks so politely for some warmed up milk at 5:35 every morning. She enjoys a little early morning milk cup. I enjoy how she goes back to sleep for another hour and a half. This one was so unexpected I screamed and chucked the hard plastic cup across the room when I saw what was inside. It was dark, I was half awake and I was PISSED! What was Chris doing? Laughing his buttocks off, what else?


Then he began to train the kids in the art of making me jump ten feet off the ground. They, of course took this to a whole new level, literally. Nothing was safe. My shoes, pockets in my coat, under my pillow, and the toilet seat. Every place the peanut gallery could reach was fair game. The bonus was that they were usually easy to predict. Mags or Tuck would run up to me and say, "Mama! Go look in your shoe. Don't worry, there's nothing in there." I would pretend to scream and say, "Oh, you guys got me!" So, Tuck was psyched when he got me good one morning...for real. 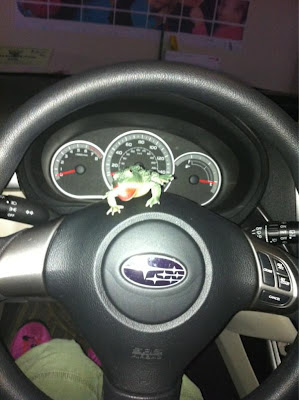 Now, they join forces. They plan while I am in the bathroom or changing over the laundry. Alone, they get the job done. Combined, they are a force to be reckoned with. I currently have four frogs confiscated and hidden in an undisclosed location. Only Mulder and Scully know their whereabouts. One of my goals for 2012 was to have a frog free year.

As you can see it is not going well. 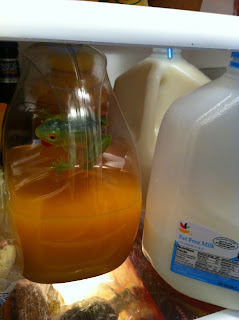