THE TRUTH BEHIND CRAMPS

Tuck, our six-year-old, was complaining about cramps in his stomach last night. He had drank a bottle of water on our drive to gymnastics class and then was running, bouncing, and flipping all over the place. He kept coming out to me to complain about the cramps in his belly and show off the sloshing sound in his stomach. He made it through the class, but continued to fuss about the uncomfortable feeling most of the ride home. Since he didn't feel like I was getting the idea about how bad it felt, he gave me this description:

"Mama, It feels like I swallowed a bunch of gnomes and they are all poking me with their pointy hats."

After that I couldn't stop imagining little yard gnomes grinning as they jabbed my son's insides. I did some breathing exercises with him to help with the cramps and explained how gulping the bottle of water before class probably was not the best idea. Once we got home, the pain had alleviated a bit. However, as soon as we walked up the stairs and he had a brand new audience (our four-year-old), those gnomes started poking full force.
Here is the conversation that occurred between my kids as a result:

Tuck: "Mags, don't hug me too hard, I feel like I ate a bunch of gnomes and their hats are poking my belly."Mags: "YOU ATE GNOMES?"
Tuck: "NO! I just FELT like I did. My belly hurts."
Mags: "Well, you shouldn't eat gnomes. Then your belly would feel better. I'm telling Mama you ate them."
Tuck: "Mama knows. I already told her."
Mags: "Mama knows you ate gnomes?"
Tuck: "Mags, LISTEN! I told Mama my BELLY hurt."
Mags: "Did you tell her you ate gnomes?"
Tuck: " I didn't really eat them, Mags. I was just saying I FELT like I ate gnomes with pointy hats. That's how my belly feels. Like someone is poking me."
Mags: "Oooooh! So it feels like this? *pokes his belly hard*
Tuck: "Ouch! Why did you poke me? You know my belly hurts!"
Mags: "Because you shouldn't eat gnomes. That's rude."

The moral of this story is you should listen to your mother and not gulp a bottle of water before gymnastics class. You should also not begin a story by telling your four-year-old sister that you feel like you ate gnomes. She will only hear the words "you ate gnomes". Lessons learned. POKE! 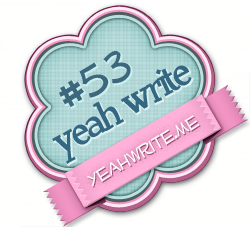