Tuck: "Mama! Want to see me jump off this diving board?"
Me: "Yep. Let me grab my camera."
Tuck: "Okay. That will give me time to mentally prepare."


Today, though, he became the master of something else. The diving board! 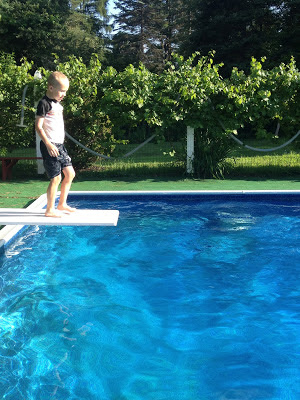 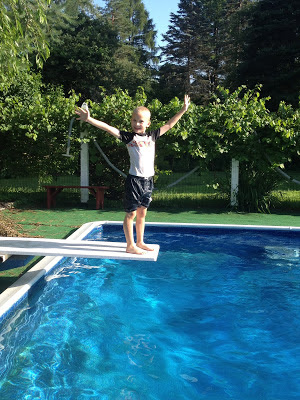 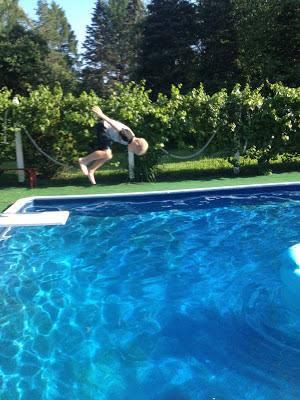 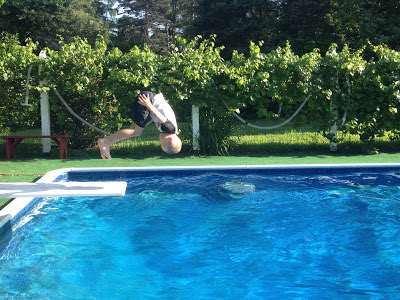 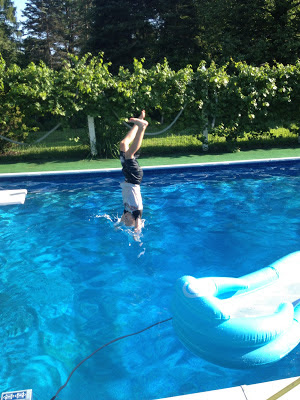 I gave this one an 8.5 on the give-your-mom-a-heart-attack scale. After five of them in a row, I was having less of the worst case scenarios running through my head. I chilled, cheered loudly and took pictures. Each time he surfaced, he was gulping and gasping the words,

He really made quite a splash. I simply asked that next time he warned me before hurtling his body into a front flip off a diving board. That way *I* could mentally prepare. 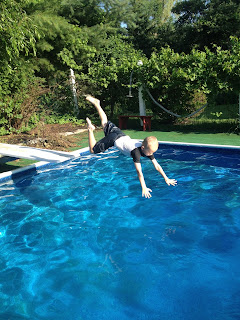