HOW TO RIDE A DUCK

I grew up in the Boston area. However, I have never been on a Duck Tour. It wasn’t that I was denied this right. We just never really felt the need or desire. You see, I took a lot of field trips into the big city throughout my school years that fit all the historical pieces together.


But, this summer, when we brought the kids to visit my family, we decided to take them on one of these popular tours. It was something different and Tuck has really become a little history buff. Mags was just very excited to see how a bus could turn into a boat.

Our day began by taking the ferry from Salem, Massachusetts (yes the city of witches) over to Boston. It was foggy and overcast, but during the fifty-five minute ride, it cleared up nicely. We arrived in a timely manner and then walked about mile to the pick up point, which was at The Museum of Science.  We were slated to be on the brown duck aptly named, “Molly Molasses.” 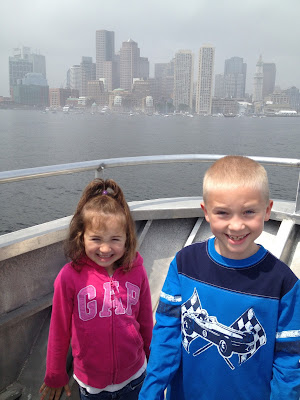 Promptly at 12:30, our driver, tour guide and boat captain boarded. I was relieved to find out that he was a super hero named Super Size. I mean, really, what average man could handle all three of these roles at once? 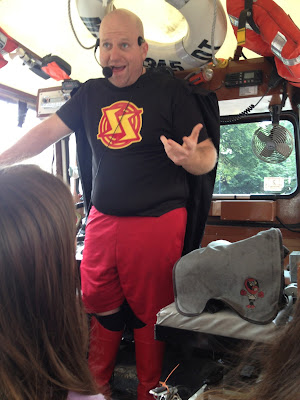 He brought us around to all the popular tourist destinations such as; Cheers, Boston Commons, Swan Boats and The Garden.  We learned about the great Molasses explosion that shot a 30 foot tidal wave through the sweets… err…streets of Boston in 1919. Of course, along with that story came some fantastic corny jokes that left me in stitches. On top of that, Super Size worked his accent to the hilt. I begged Chris to let me adopt him. Unfortunately it was a no-go. 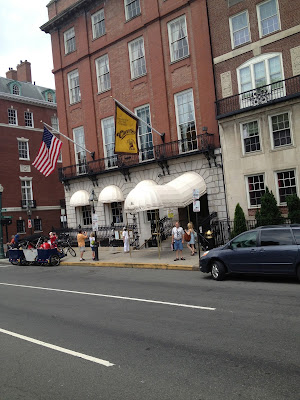 Anyways, as the tour continued on, Super Size stumped us with 5th grade history questions like “How many people were killed in the Boston Massacre?” and “What did Paul Revere yell out during his famous ride?”

Then, the time came. The moment for the…dun dun dun...TRANSFORMATION. After our driver said a short prayer and completed a sequence of button pushes, we were floating along the Charles River. Super Size was spewing facts left and right when suddenly he realized that he was due for a water break. As you can imagine, you can’t just leave a large, brown, motorized boat driving blindly across the river. So, he did what any responsible superhero-tour-guide-boat-driver would do.

He let my seven-year-old take the wheel. 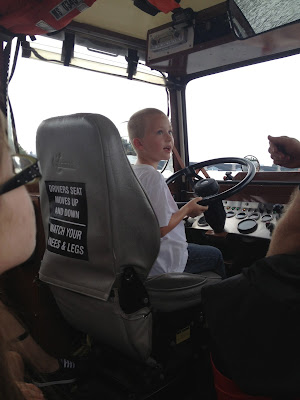 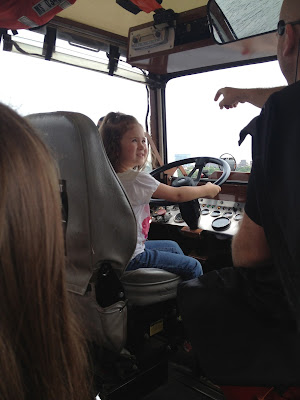 For the grand finale, I sat at the helm. I didn’t crash the boat once…
and have the sticker to prove it. 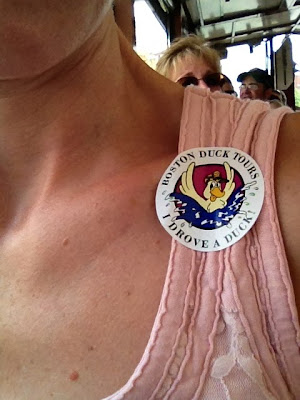 Once we hit land again, we headed back to our pick-up point, where we sadly bid farewell to our new best friend. Honestly, though, I cannot say enough about what an enjoyable experience it was. It had something for everyone. History facts for Tuck, ‘Make Way for Ducklings’ statues for Mags, superheroes for Chris and corny jokes for me. 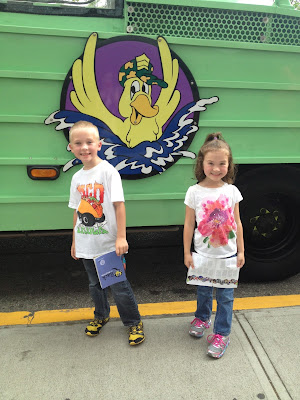 Short story long, if you ever find yourself in Boston, take a Duck Tour. Preferably with the tour guide named, Super Size, formerly known as Super Swift.  He was knowledgeable, hilarious, daring (he wore red spandex people!) and an excellent driver. 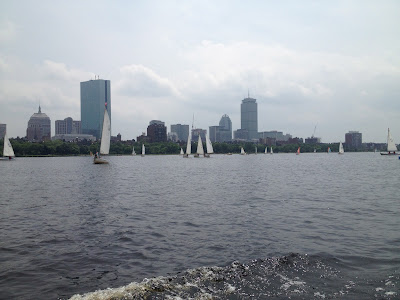