Five Ways to Spice Up a High School Awards Assembly

Mags: "Umm..excuse me. Where are you taking Daddy's Man in the Yellow Hat costume?"
Me: "I'm presenting with a really tall teacher at an awards assembly at school. He's going to wear the costume and I'll wear the Curious George mask."
Mags: "Oh. Okay. That makes sense."

No questions asked. She just accepted that I was going to make a fool of myself in front of a bunch of kids (and teachers).  I guess she's learned over the years that there's no stopping it. Plus, it's fun to be silly sometimes and do something different. Unexpected, even. Especially when you have a partner-in-crime as goofy (if not more so) as you. Allow me to present:

FIVE WAYS TO SPICE UP A HIGH SCHOOL AWARDS ASSEMBLY 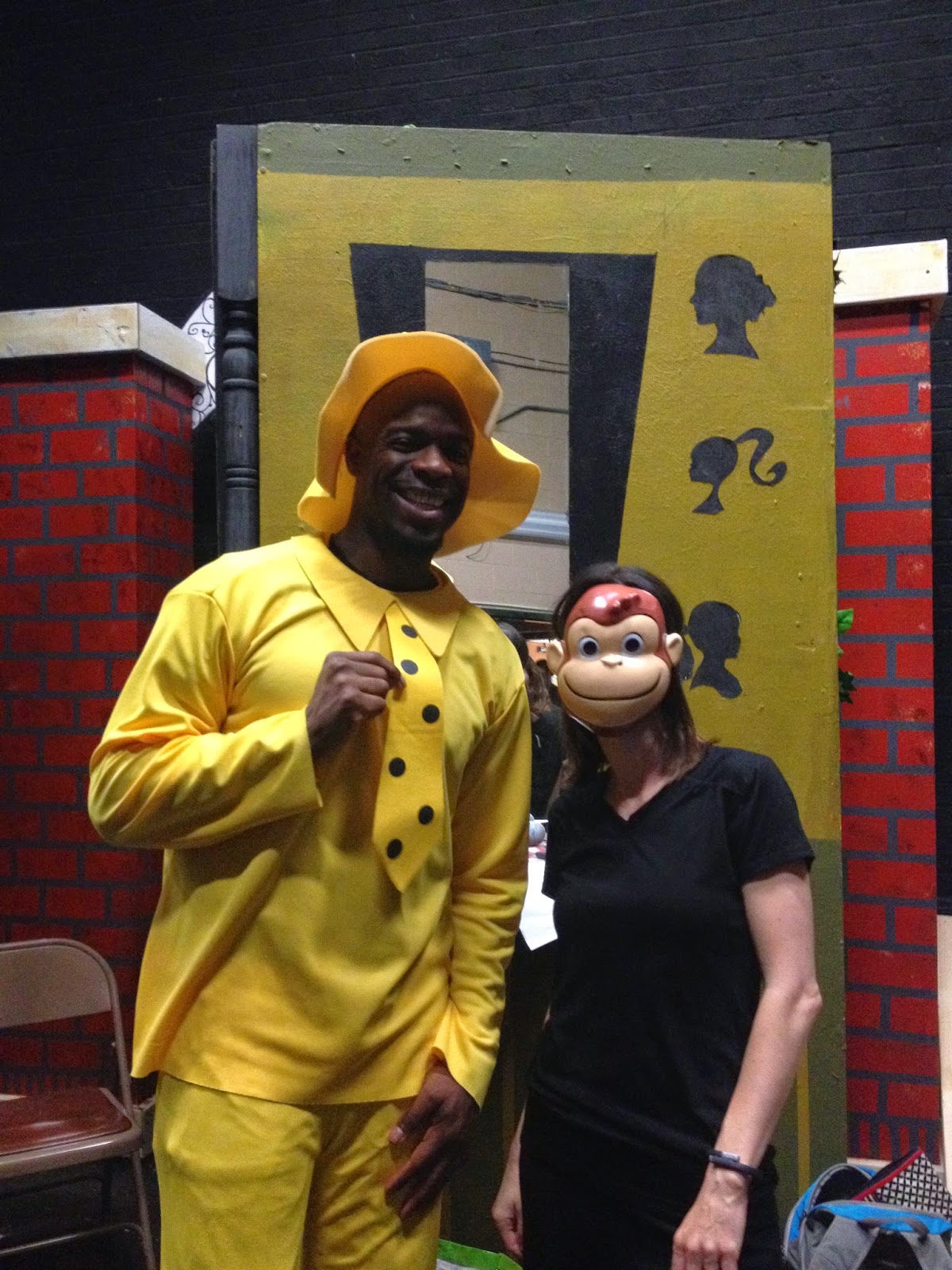 1. Dress as characters from Curious George. Then...talk like a monkey.
Have the "Man in the Yellow Hat" translate your chatter
as he offers you bananas to do tricks.

(Cartwheeling across the stage is totally worth a banana.) 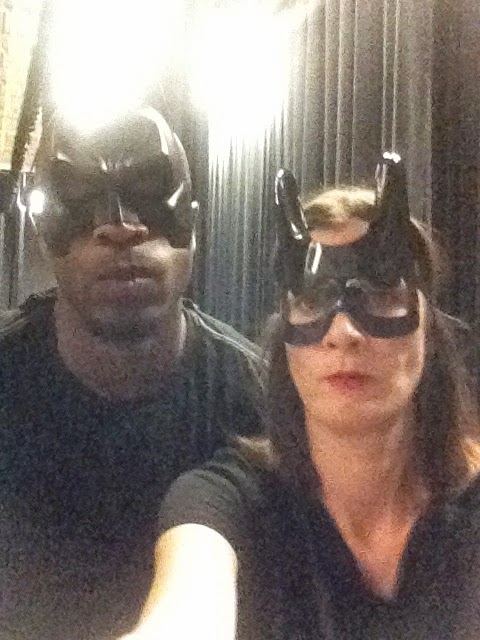 2. Wear Batman masks and capes. Say everything
in a very deep, very raspy voice.
Be ready to send out a Bat-signal. 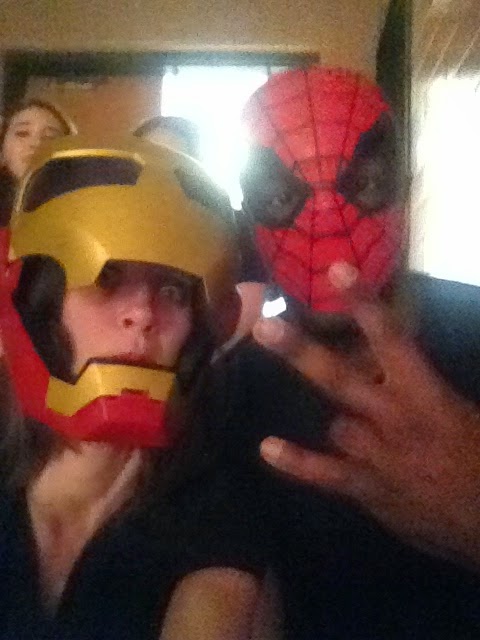 3. Play Spider man and Iron Man. Then switch. Even if the Iron Man helmet is too small, because it's made for an 8-year-old, take one for the team and SQUEEZE your head into it. 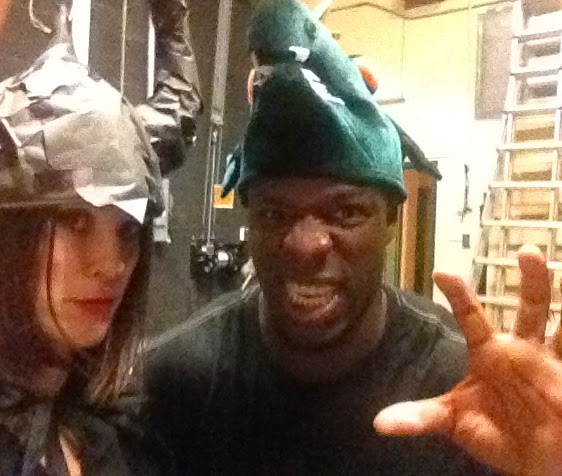 4. Play up summer blockbuster movie references that the students
are SURE to get.  Except when you're trying to be Maleficent
and they're asking each other if you're Gandalf. (sigh) 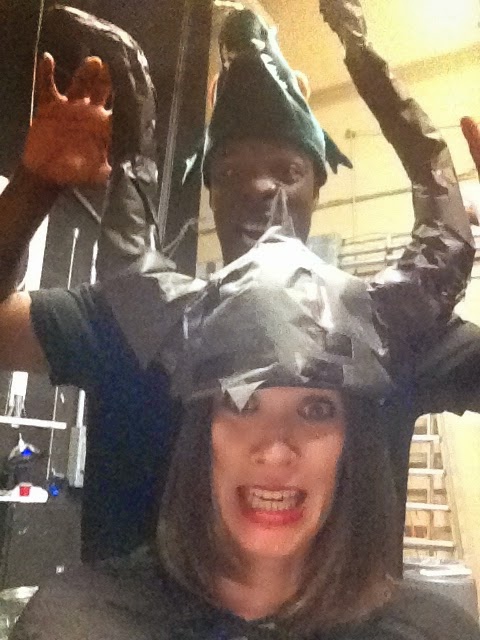 5. Stay in character at all times...until Godzilla sneaks up behind you.

Thanks so much to my über cool co-host for being open to wearing anything I threw at him! You rock, KM!
Posted by According to Mags... at 2:12 PM